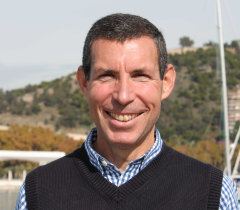 Bio: Antonio Vallecillo is Full Professor of Computer Science at the University of Málaga. Between 1986 and 1995 he was in the computer industry, working for Fujitsu and ICL in Spain and England. In 1996 he joined the University of Málaga, where he currently conducts research on model-based software engineering, open distributed processing and software quality. He is the author of 2 books and more than a hundred papers in journals and high-quality conferences. He has organized several international conferences, including ECOOP 2002, and TOOLS 2010, has been the General Chair of the IEEE/ACM MODELS 2013 conference, and will be the General Chair of ECOOP 2017. He has also organized a number of successful Workshops series (WODPEC, MDWE, MDI, VAO) on different ground-breaking research topics. Antonio has served as PC Chair for JISBD, JSWEB, ICMT, TOOLS, ECMFA and QoSA conferences. He is also involved in different standardization activities within AENOR, ISO, ITU-T and the OMG, also being the Spanish representative at IFIP TC2, and the Spanish leader of the AENOR working group on Techniques for Specifying IT Systems. He has been co-editor of International Standards ITU-T Rec. X.906 | ISO/IEC 19793 (UML4ODP) and of the revised versions of RM-ODP Parts 2 and 3 (ITU-T X.902-X.903 | ISO/IEC 10746-2/3). From 2012 to 2016 he has been the “Director del Centro Internacional de Posgrado y Doctorado” at the University of Málaga, with the rank of Vice-President, being responsible for all the Postgraduate studies (Master and PhD programmes) of the University of Málaga, the University’s LifelongLearning (LLL) and Continuing Education (CE) courses, and also the University’s MOOC programs. From September 2014 Antonio Vallecillo is the President of the Spanish Society for Software Engineering and Software Technologies (SISTEDES).