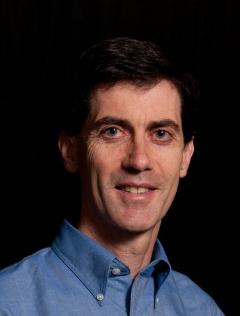 Bio: Thomas W. Reps is the J. Barkley Rosser Professor & Rajiv and Ritu Batra Chair in the Computer Sciences Department of the University of Wisconsin, which he joined in 1985. Reps is the author or co-author of four books and more than one hundred seventy-five papers describing his research (see http://pages.cs.wisc.edu/~reps/). His work has concerned a wide variety of topics, including program slicing, dataflow analysis, pointer analysis, model checking, computer security, code instrumentation, language-based program-development environments, the use of program profiling in software testing, software renovation, incremental algorithms, and attribute grammars.

His collaboration with Professor Tim Teitelbaum at Cornell University from 1978 to 1985 led to the creation of two systems—the Cornell Program Synthesizer and the Synthesizer Generator—that explored how to build interactive programming tools that incorporate knowledge about the programming language being supported. The systems that they created were similar to modern program-development environments, such as Microsoft Visual Studio and Eclipse, but pre-dated them by more than two decades. Reps is President of GrammaTech, Inc., which he and Teitelbaum founded in 1988 to commercialize this work.

Reps’s 1988 paper on interprocedural slicing, with Susan Horwitz and his then-student David Binkley, was selected as one of the 50 most influential papers from the ACM SIGPLAN Conference on Programming Language Design and Implementation (PLDI), 1979-99. According to Google Scholar, the 1988 paper and the subsequent journal version have received over 1,780 citations.

Four of his students, Gogul Balakrishnan, Akash Lal, Junghee Lim, and Aditya Thakur, have been recipients of the Outstanding Graduate Student Research Award given by the University of Wisconsin Computer Sciences Department. Akash Lal was also a co-recipient of the 2009 SIGPLAN Outstanding Doctoral Dissertation Award, and he was named as one of the 18 awardees selected for the 2011 India TR-35 list (top innovators under 35).