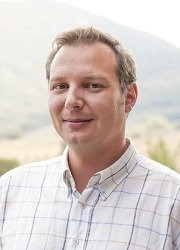 Zvonimir’s research mission is to improve the reliability and resilience of complex software systems by empowering developers with practical tools and techniques for analysis of their artifacts. He is a recipient of the NSF CAREER Award 2016, Microsoft Research Software Engineering Innovation Foundation (SEIF) Award 2012, Microsoft Research Graduate Fellowship 2008-2010, Silver Medal in the ACM Student Research Competition at the 32nd International Conference on Software Engineering (ICSE) 2010, and the Outstanding Student Paper Award at the 13th International Conference on Tools and Algorithms for the Construction and Analysis of Systems (TACAS) 2007.